Systemic Insecticide: What Is It And How To Use It?

Most homeowners use primarily contact insecticides… let’s take a quick look at systemic pesticides and plants.

Simply put… plants absorb the chemicals of the systemic insecticide and transport the active ingredients throughout the plant tissues.

The chemicals DO NOT harm the plant, but the plant can now fight off insect pests and invading organisms for an indefinite period. 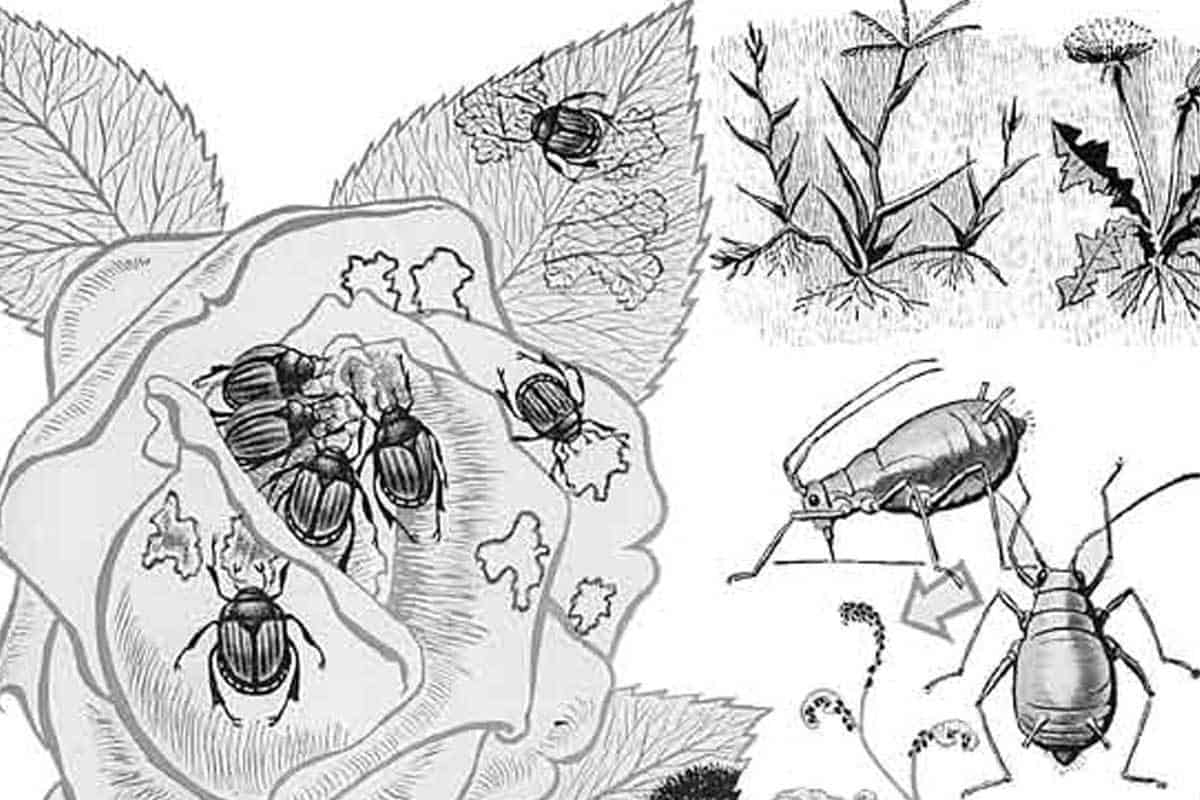 What Is A Systemic Insecticide?

Plants absorb systemics chemicals much like they absorb miracle-gro plant food. It then renders the plant’s parts, the roots, stems and leaves poisonous to invading organisms.

Some systemics remain unchanged in the plant, others find themselves chemically altered before they become active poisons.

A plant treated with a systemic pesticide no longer becomes a target for chemicals but becomes a participant in making conditions unfavorable to invaders. 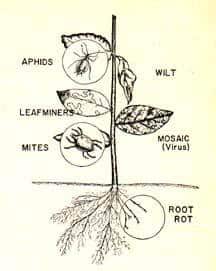 How Do Systemics Enter Plants?

The chemical reaches the internal tissues by first passing through the millions of microscopic cells forming the surface of leaves, stems, roots or seeds unlike the neem oil insecticide and insectidical soap.

How Do Systemics Move Within Plants?

Water and food-conducting tissues are the usual pathways through which these chemicals move over long distances.

For example, drenched soil around roots with a systemic compound, show up in the leaves and fruits. The reverse direction of movement also occurs.

Some systemic pesticides tend to move upward from the point of the insecticide application accumulating in leaf margins, growing tips and storage organs. Others collect in underground parts.

Plants differ widely in their response to systemic chemicals. Compounds absorbed through the seed coat may kill organisms invading the seed or seedling plant.

How Do These Compounds Work?

These foreign chemicals absorbed by a plant may greatly influence its balance of physiological processes.

The effect may be to kill or discourage the pest as:

The effectiveness generally decreases the longer the chemical remains in the plant. This causes come from:

The plant’s first contact with systemic must provide the toxic level required to protect the plant from injury, or the reapplied as the plant develops.

Systemic Insect Control: How To Apply These Chemicals?

The most common methods to apply systemic insecticide for trees and plants:

Insect and Problems Being Solved by Systemics

The first use of systemic insecticides proved impractical. Sodium fluoroacetate absorbed by bean plants killed insects feeding on the leaves but also left the beans too poisonous as a food.

Entomologists observing aphids found they did not infest wheat grown on soils high in selenium. The chemical was too toxic for safety at the levels required for insect control.

In the last 60 years the introduction of a new wide range of field-tested systemic chemicals, now control plant-feeding insects like:

In addition to killing insect pests species these systemics, generally are noninjurious to beneficial insect predators and parasites. By using these compounds full advantage of biological insect control may be realized.

What Types Of Diseases Controlled By Systemics?

In recent years the introduction of systemic fungicides now combat diseases of fungus, bacterial and virus origin as well as some deficiency troubles.

Others are being added every month.

Potentially the greatest use may be for root rots, wilts and viruses not successfully controlled at present. Several chemicals have prevented the development of these diseases but are not being widely used because of:

The commonly used organic fungicides maneb, captan, and others have limited systemic activity. The antibiotics, produced by living microorganisms like streptomycin are effective for certain diseases of fungus or bacterial origin.

What Are Future Prospects?

Despite problems and the “Green Movement”, future research should whittle down what appear to be insurmountable obstacles.

When we know more about the processes of absorption, movement and storage of chemicals in tissues, the reactions of systemic compounds which result in plant protection without injury, the doors which now guard the wide-spread use of systemics may be unlocked.

Let’s be patient and wait for scientists to do their research. This should be well worth waiting for.

Those are about as natural as you can get!

73 thoughts on “Systemic Insecticide: What Is It And How To Use It?”