Ficus Pumila: Creeping Fig Growing and Care [HOW TO]

The Ficus pumila [FY-kus] [POO-mil-uh] is a fast-growing, climbing vine often referred to as the “creeping fig.” Ficus repens is also a synonym.

It’s part of the Ficus genus and the Moraceae family, which is commonly called the mulberry family or fig family.

It doesn’t require full sun or a lot of water, making it a simple plant to grow. 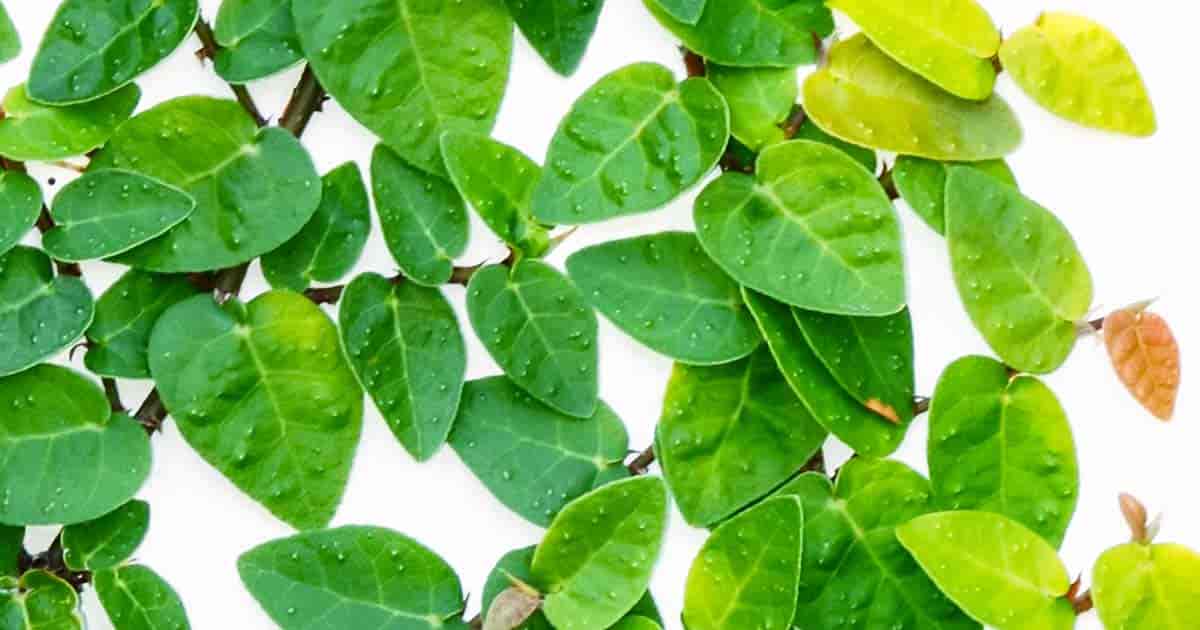 These plants grow at a fast pace, eventually reaching up to 15 feet in length, when left to grow. It only has an average spread of three to six feet.

The recommended for growing in USDA hardiness zones 9 – 11. This means it tolerates some cold temperatures. However, it grows best in warm regions.

Eventually, the leaves should be about four inches long and have an oblong shape.

Do These Plants Produce Flowers?

While climbing fig can produce flowers, you’ll rarely see them, especially if you choose to grow the plant indoors or in colder climates.

These fruit are typically about 2.5 inches long.

However, like the flowers, they may not appear when the plant is grown indoor.

Complete shade or full sunlight is not always the best option for this houseplant.

When growing indoor, the houseplant should have access to indirect light while avoiding direct afternoon sun.

This plant can tolerate more extremes when it adjusts to the temperature. While it prefers warmer climates, it can be grown in colder regions.

However, if your region drops below freezing, the plant should be brought indoors.

During the summer, it should be watered regularly.

The main trick is to avoid overwatering.

Allow the garden soil to get almost completely dry before watering it again.

What Is The Best Soil For Creeping Fig Plant?

This plant is a climbing vine, which requires careful consideration before planting.

As mentioned, it’s a great choice for garden trellises or hanging baskets.

You may also choose to grow it near the borders of your garden and allow it to climb over rocks or other objects.

Grow this plant in just about any garden soil offering good drainage.

When placing it in a container, simply use a well-draining soil-based potting mix.

Transplanting or repotting is easy.

However, it’s best to perform these tasks at the beginning of spring, when the plant awakens from its winter dormancy.

Keeping Pumila From Growing “Out Of Control”

Grooming may be needed to keep the vine from growing out of control. Occasional pruning is recommended, whether you grow it indoors or outdoors.

As mentioned, variegated creeping fig can reach up to 15 feet tall. Trimming the plant won’t damage it and you may need to repeat the pruning process each year.

NOTE: This plant grows quickly and can easily overtake other plants in your garden. Regular pruning will help keep the plant in bounds.

To grow more plants, you simply need to cut the stems in the early spring.

Stick the stem cuttings in a pot with normal potting soil.

NOTE: We always recommend dipping cuttings in a rooting hormone for a good start.

Place the pot in a location with high humidity and warm temperatures. It should get plenty of sunlight, but not direct sunlight in the afternoon.

When oak leaf creeping fig begins to grow, you can transplant it to its permanent home.

The “creeping fig” doesn’t have any serious disease problems or insect issues, but you should watch out for aphids, mealybugs, and mites.

These pests are common nuisances for a wide variety of plants indoors and out.

One issue to watch out for is exposure to the milky sap produced by the stems of the plant.

This substance can cause skin inflammation, which may be severe for some individuals.

There are several varieties and cultivars.

Several of these options have become popular houseplants and are listed here: 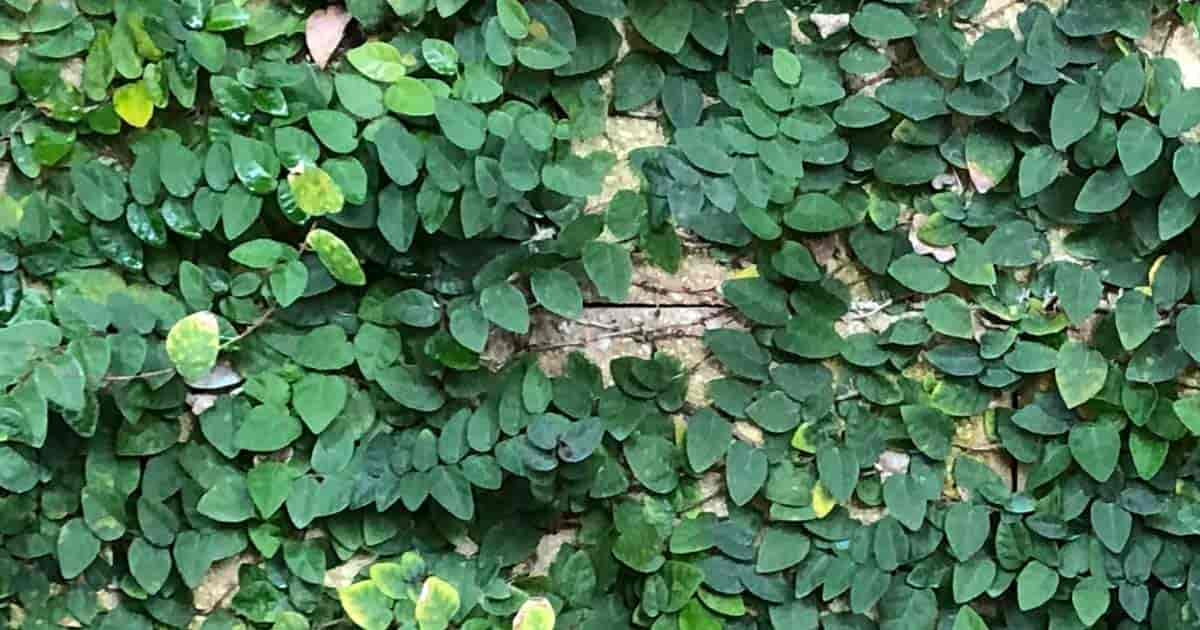 A Versatile Plant For Home and Landscape

Growing outdoors, it is commonly used for ground cover, covering topiary displays or grown on trellises.

If you look closely you’ll find the “creeping ficus” used extensively at Walt Disney World’s Magic Kingdom and the Animal Kingdom where it covers stone walls or rocks. In the right environment, it can spread quickly and cover these objects.

2 thoughts on “Ficus Pumila: Creeping Fig Growing and Care [HOW TO]”