Dianthus: How To Care For The Sweet William Flower

Dianthus (Di- AN- Thus) are perfect pot plants which are also known as pinks or Sweet Williams – Dianthus barbarous.

They belong to the family of carnations and have a peculiar spicy aroma when they bloom.

They are annual, biennial or perennial plants which are mostly fond as pot plants on various borders. They have been proved to be one of the oldest plants cultivated.

While wild varieties of Dianthus plants are peculiar to Northern Europe, South Africa, China, Asia an Alaska regions of the world. These carnations have also been cultivated in the greenhouses and are used for wine flavoring in France and Spain.

The Dianthus Pinks have made many records, one of which is they were the first and hence oldest plants to be cultivated in greenhouses; secondly they happen to be the first plants on which there is a book written.

How To Care For Dianthus And Varieties

As we know Sweet William flowers, also known as Dianthus barbatus, can be annual, perennial or biennial there are several varieties in each category and over 300 varieties in total.

The most popular annual variety of Dianthus plants is Chinese pinks also called dianthus chinensis. Hardy in zones 6-9, with proper care Dianthus Chinesis does great as a container plant. China pink usually live a short life rarely surviving more than two years, making them more of a biennial than a perennial.

Perennial types include Cottage, Grass Pinks, Cheddar and these have a peculiarity in foliage color. The foliage is blue-gray in color for all these and sometimes also comes in a rainbow of colors.

The Sweet William flowers (Dianthus firewitch), once crowned as the perennial plant of the year, was discovered by a German horticulturist. Many growers love firewitch flowers and the perennial plant itself as they make a great border plant for zones 3-9. Its petals appear deep pink and magenta, while exuding a lovely, fragrant scent like cloves.

Another perennial plant that gardeners love is the Dianthus superbus, also known as superb pink or fringe pink. Its flowers hold beautiful colors ranging from subtle pale pink, to a lavish, deep-lilac.

Dianthus kahori or the maiden pink is a hybrid dianthus flower that makes a tidy border plant. It grows in late spring, holds extended blooms, and fairly easy to grow.

The Sweet William flower is bright, fragrant, and reseeds itself, and is biennial in nature. Some double flowering varieties like Allwood Sweet William pinks develop in a range 6 – 18 inches in height.

What Are The Growing Requirements Of The Dianthus?

Dianthus plants grow well in cool climates. Fertile, alkaline and well-drained soil is suitable for growing these perennials. They should be planted in a spot where they receive partial sunlight for at least 4-5 hours of the day.

Sweet William plants cannot bear over watering as it turns the foliage yellow. Watering once a week is just enough for Dianthus. Good and continuous air circulation around the stems is very essential for growing these.

Spring is the best season for planting dianthus and you can start growing the seeds indoor before the last frosting season for them to bloom in spring. The seeds can also be planted in soil where there is sunlight, just before spring so that they grow by the time its summer.

Sweet William seedlings should not be planted very deep, plant them 1/8 inches deep in an easy draining soil that is mildly alkaline (PH 6.75). The soil should be laid firmly on these seeds and should be kept moist until the seeds sprout.

Seeds can be saved from an earlier batch for planting in the following seasons. Plants from seeds do not flower until after one year.

The perennial dianthus varieties can be grown from cuttings and division. For this, you need soft cuttings of plants taken in the spring or summer and these can be planted in fall. Plants grown from the cuttings do not flower until next year.

Dividing the established clumps is an easy way of propagating the Dianthus plants. This method also rejuvenates the older clumps which become nonproductive over time. Like other perennial plants, using forks, you must remove the soil and take the old plant aside. Here you can plant the new cuttings and water them occasionally.

One more method of propagating is Tip Layering. One peg from the growing stem can be planted in the ground and the roots start to develop. This is when you need to separate it from the mother plant.

Retention of moisture is essential for Sweet William Dianthus barbatus. For any plant, layering the soil with thin layer of mulch facilitates moisture to retain. This also controls weeds and facilitates better air circulation.

Although the Sweet William Dianthus plants are drought tolerant, they must be watered if the rainfall has been less than 1″ inch per week. However, excess water is also harmful for these plants as they are light feeders.

If you overwater the Dianthus plant, crown rot may occur which goes the same for other perennials.

Once this disease affects your plants, there exists a very low chance of survival.

The petals and the affected side of the plant will appear darker. Also, its foliage will turn to yellow and death comes quickly after.

These plants are generally not susceptible to diseases, but once in a while pests or aphids can definitely infect them.

Control and kill the aphids and insects by treating them with biological insecticides, natural organic insecticidal soaps or by using the beneficial predatory insects.

The stems should be kept upright for better blooming. Moreover, spent blooms must be removed as this helps them in re-blooming. Or removing these, sharp and sterilized cutters should be used.

Pruning is another Dianthus care tip. The plants do not show any invasive behavior and hence, need to be pruned once in a while. Pruning helps the second season of blooming to start.

Deadheading of plants is necessary as the dead bloom avoids next bloom to sprout. Natural compost should be worked in the soil for nourishment.

Fertilize the plants every 6 – 8 weeks for fulfilling their needs. A slow release fertilizer of 5-10-5 composition is best suited for Dianthus Plants. 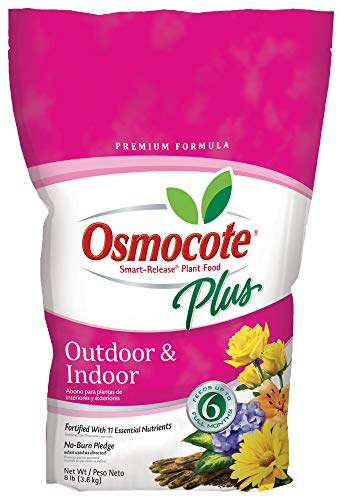 Growing and caring for these colorful plants of the Caryophyllaceae family is easy and effortless. These pink carnations are great additions to the summer gardens and they continue to bloom from March to October.

Being floriferous and vibrant in appearance, they make best ornamental choices for a wall garden, rock garden or simple borders.

With so many varieties and versatile nature there are not many plants which can compete with the Sweet William Dianthus perennial.

This makes these plants the favorite pick of ornamental plants all over the world.

I may done something boneheaded. I recently added quite a lot of wood chips around my raised garden beds. The wood chips are locally sourced and free from my local