The small shrub is indigenous to the tropical rainforests of Central and South America and is commonly found in Argentina, Brazil, and Uruguay.

The scientific name “Rhipsalis” is derived from the Ancient Greek word “wickerwork” which refers to the morphology of the plant.

Belonging to the Plantae family, the genus was first described by Joseph Gaertner in 1788.

The other half of the plant’s name “Cereuscula” means small candles or small torch, referring to the shape of the flowering plant.

The rhipsalis species has more than one scientific name:

Other than these scientific names, the plant species have common names as follows:

Coral Cactus is an epiphytic cactus with clusters of bright green stems.

These unique stems are cylindrical at first but eventually becomes dangly as they grow in size.

The growing seasons of the shrubby plant are spring and summer.

It takes about a year for these flowers to come in their full glory.

They usually come to life when kept at a warm temperature.

Flowering is more common in older plants than the younger ones.

When provided with an adequate amount of light, the shrub grows well indoors.

However, the plant may suffer in direct sunlight. Too much sunlight tends to burn the lush leaves.

The cactus is not cold hardy and the USDA hardiness zone of the cactus is from 10a to 11b.

As a succulent, coral cactus has typical watering needs.

Reduce watering to half when the season becomes chilly and avoid watering during the winter.

When watering, allow the soil to dry completely between watering.

This soil and dry method increase the absorption of nutrients.

Fertilize the cactus once every two weeks in spring and summer with a balanced liquid 10-10-10 fertilizer.

No need to fertilize the plant in autumn and winter.

Mix organic matter into the soil for added growth, even though it is optional.

Transplant the cactus in a pot with good drainage holes.

Mulch the soil with loose gravel. Using tongs, lift the plant, protecting the hands from gooey sap and thorny spines.

Generally, coral cactus never requires pruning. The only time the shrub needs to be pruned is when it develops fungal rots.

To prevent the rot from spreading, eliminate the affected parts using a sharp knife or scissors.

Make sure to water the cactus when the soil feels dry. Avoid overwatering to prevent the cactus from rotting.

How To Propagate Rhipsalis Cereuscula

In most cases, epiphytic cactus is propagated by stem cuttings.

Dip these cuttings in rooting hormone before planting them in the soil. 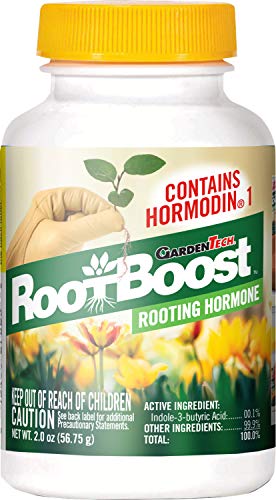 Another way is to make more of these cacti is by grafting them.

In this process, the two plants are joined into one for reproducing themselves.

The rootstock is attached to a tender scion from the top part of another cactus for special growth.

Coral cactus is susceptible to a few common pests including mealybugs and spider mites.

To get rid of the scale insects, apply rubbing alcohol with cotton.

The evergreen shrub is prone to common plant diseases such as powdery mildew, root rot, and fungal rots.

Is The Rhipsalis Toxic or Poisonous?

No part of the coral cactus should be ingested by humans or pets as the succulent is toxic.

It also produces dangerous sap and may cause skin irritations such as dermatitis.

If not properly managed, the epiphyte widely spreads.

The species is considered to be a wild weed species and therefore requires proper care and management at all times.

The attractive succulent is also used as a houseplant and in succulent hanging baskets.

A few months ago I took it on myself to compile a short introduction to the concepts that form a complete picture of the Universal consciousness (and beyond). I wanted