Tips On Fertilizing Your Vegetables To Get a Bigger Yield

Provide your vegetable garden with full sun for at least half the daylight hours. Plant it in well-drained soil, which can be kept moist and free of weeds. Then go one step further.

Be sure that your vegetables have sufficient plant food at all times. Of all the unfavorable factors which might spell failure in a vegetable garden, low soil fertility is the most limiting. Happily, it is easily corrected.

Your most efficient and economical source of plant nutrients is in commercial fertilizer. By plant nutrients, I mean the three major plant food elements. For example, a bag of 6-10-4 contains six percent nitrogen, ten percent phosphorous, and four percent potash.

Under average conditions, an application of mixed fertilizer at the rate of 30 pounds per 1000 square feet on fertile soils, up to 50 pounds on light soils, is satisfactory. In some cases, an additional application of straight nitrogen is advisable.

Probably the most popular source of straight nitrogen is ammonium nitrate, with ammonium sulfate running second. Actual rates of application for specific vegetables are listed at the end of this article.

Another key to growing vegetables successfully is soil pH. Briefly, a pH of 7 is neutral, below 7 is acid and above 7 is basic (or alkaline). A pH of 6.5 (close to neutral) is as nearly alkaline as it is safe to go with vegetables, particularly on sandy soils.

If limed above this point, plants may show yellowing due to the unavailability of some essential plant nutrients. Some vegetables, such as the white potato, should not be limed at all.

To determine if your soil needs lime, make a soil test. Without a soil test, a good guess would be that if your garden has been watered freely with city water, it may not need liming. 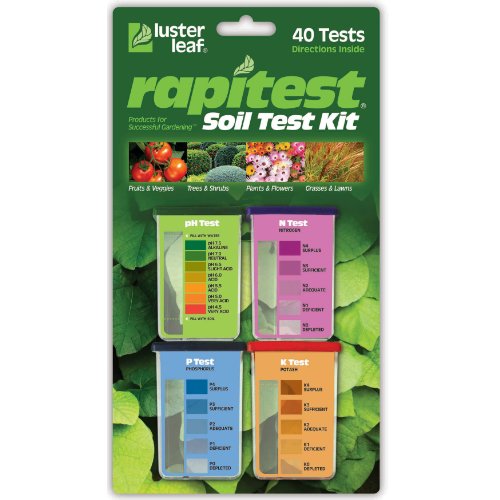 This is because the water carries considerable amounts of calcium and magnesium, the two major liming ingredients.

It is vital to a vegetable garden that the soil contains a high level of organic matter, Decomposing organic matter releases plant nutrients, increases the availability of some nutrients, improves aeration, encourages deeper rooting and makes vegetables better able to withstand drought.

Peat moss, leaves, and grass clippings are good sources of organic matter. Another way of adding organic matter to the garden is to sow rye, winter wheat, or oats at the rate of four or five pounds per 1000 square feet at the end of the growing season; fertilize heavily. Plow under in early spring.

What about the manure for the vegetable garden? It is excellent for increasing the humus content of the soil.

However, a ton of it contains at best five to ten pounds of nitrogen – and this isn’t nearly enough for good vegetable production. The most economical method of getting enough plant food on the vegetable garden is through the use of commercial fertilizer.

Vegetables produced with commercial fertilizers are just as high in nutritive value and as healthful as those grown on soils fertilized with organic materials.

Plant asparagus and rhubarb in beds of well prepared soil, high in organic content. Incorporate manure and composts, add three to five pounds of 4-16-16 or its equivalent to 100 square feet of soil.

Radishes, leaf lettuce, garden peas, spinach, and green onions benefit from having three to four pounds of 10-10-10 fertilizer (or its equivalent) broadcasted and worked into each 100 square feet of planting area.

Root crops like carrots, beets, and turnips need three to four pounds of a 10-10-10 or equivalent added to each 100 square feet of area. This fertilizer may be broadcast and worked in, or applied by banding (placing fertilizer near the plant row at planting time).

Banding is a highly efficient method, but care needs to be taken with it. To prevent its injuring the seeds, place the fertilizer two inches from the seed in bands three to four inches deep.

Broccoli, cabbage and cauliflower should have three to four pounds of 10-10-10 or 4-16-16 per 100 square feet, placed in bands or broadcast before planting.

Purple or pink tinges in the leaves of these vegetables may be due to cold, wet weather or a phosphorous or nitrogen deficiency. Yellowing or browning of leaf margins generally indicates a potash deficiency.

Tomatoes and peppers benefit from the use of a starter solution high in phosphorous (one ounce of 6-10-4 to a gallon of water) applied at the rate of one-half pint per plant.

Some gardeners apply a fertilizer such as 6-10-4 or 8-24-8 in a trench around the transplant with a rate of a generous handful per plant. Over-fertilizing these two plants with nitrogen may reduce fruit production.